Faces of Barnsley – our very own, Jill 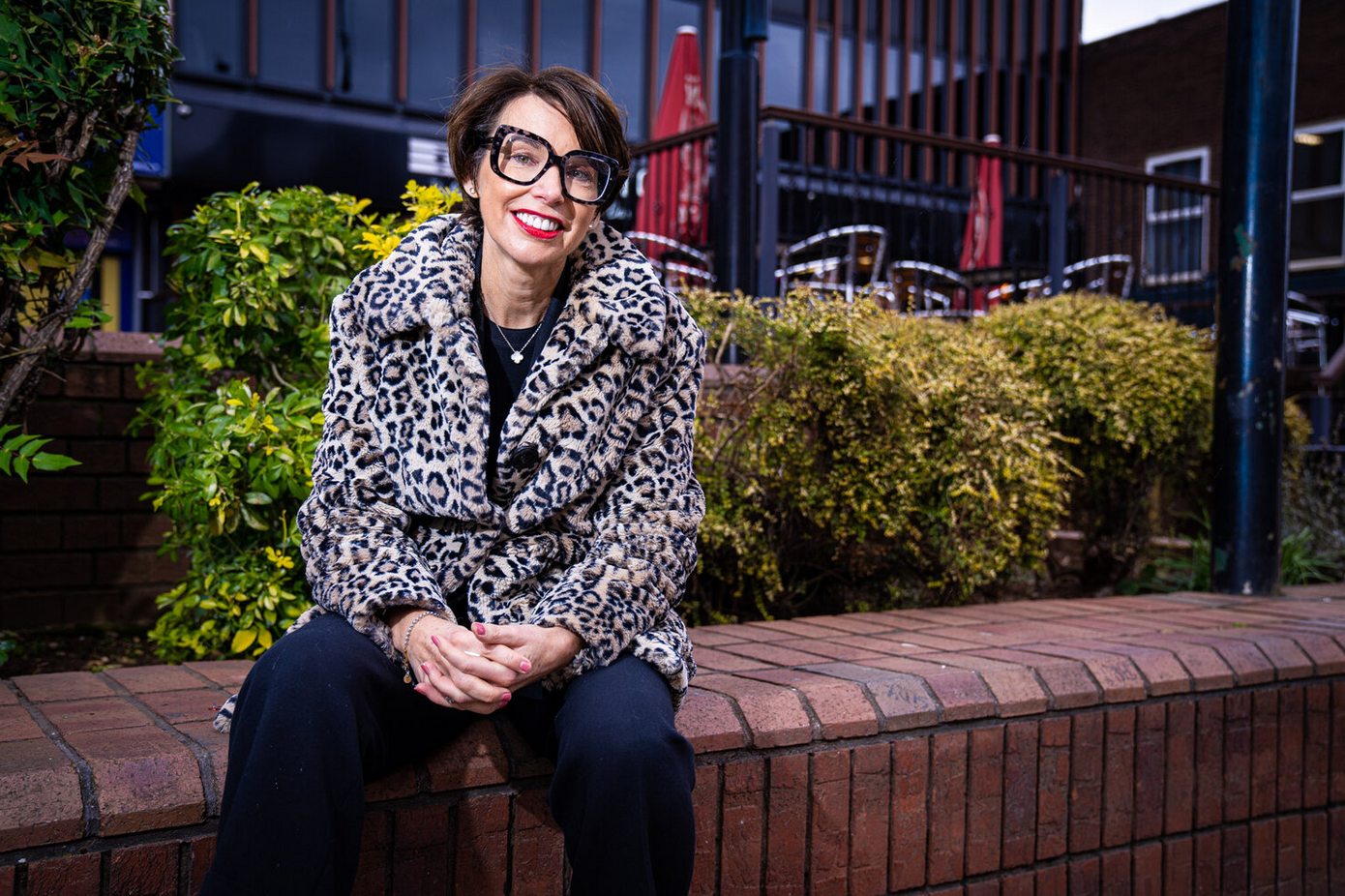 My name is Jill Kendall, I am 53 years old I was born in Barnsley and spent most of my working life, nearly 30 years, at K3 Cosmetic Dental Studio on Peel Street, in the town centre. I was educated in Barnsley and only lived away to go to university to study History at the University of East Anglia… Not sure how I ended up with a career in creating smiles!

The practice was created around 1996 by Dr White, an amazing visionary dentist who loved cosmetic dentistry and racing fast cars. He was simply way ahead of his time. The studio, with its space like appearance, lavish marble and glass interior, high-end Italian furniture, B&O TV and sound system, ‘Space-line’ Japanese equipment and Privi Lite surgery glass that went from clear to opaque at the flick of a switch, was something else! A dental lab with Cerec technology was front of house, adding to the practice’s cache. Patients came from all over the UK and abroad for cosmetic dentistry and regularly commented that, “they couldn’t believe they were coming to Barnsley!” I used to say it was the “Tuscany of the North,” thanks to Will Allsop’s plans to create a walled city with a halo of light! We really capitalised on being in on the boom in cosmetic dentistry early on.  In 1998 the practice won ‘Practice Environment of the Year’ – awarded by the Probe Dental Magazine. It was a huge deal and we collected this at a star-studded event at the Dorchester Hotel, London.

‘At one point, we had a violet purple Lamborghini Diablo parked in the entrance of the practice right next to my desk’

At one point, we had a violet purple Lamborghini Diablo parked in the entrance of the practice right next to my desk. It attracted generally negative comments about the price of dentistry, although we did end up with a feature in ‘The Sun’ newspaper.  Over the years, I have seen a lot of life unfold in front of me at my desk, staring out on Peel Street along with the town changing. In the early days, I used to direct new patients to look for ‘Cantors Furniture Store’ because it sounded posh, in later years I had ‘Quality Save’ and ‘The Money Shop’.  I used to like to pop to Richies Clothes Shop opposite; Margaret in Spring Box Dry Cleaners was also handy. The staff in Iceland on Peel Street were always lovely, asking everyone how they were at the tills, especially to old people. I used to secretly wish I could sit on the till all day and just do that! I remember seeing a character called Kipper Jackson pushing his supermarket trolley around acting very bizarrely, I think he had collections of CDs in there and a sound system with loud speakers playing music at full blast.

I used to enjoy going into Pollyanna Cafe and talking to our then patient Rita Britton. I was fascinated with the clothes and the otherness of the shop. It was a completely different world of luxury and high-end fashion. I loved it. I liked Rita’s style, her dark Japanese clothes and ‘Jean Muir look’ dark lipstick. We banked at Nat West on Market Street. It is such a grand building with huge heavy carved mahogany double doors and high ceilings. It used to be a proper old-fashioned bank with big glass screens, piles of papers everywhere and polished wooden counters. It was such a hushed atmosphere watching serious cashiers count wads of cash. It was a time when you knew the bank managers name. I remember names like Eddie Profit and Graham Nutter – always makes me smile even now.  The last Friday before Christmas was always a wild time known as ‘Mad Friday,’ with all the council workers pub crawling around town, falling out of one pub into the next! We used to try and finish early, as it could get really rowdy with revellers spilling out from the Wine Bar around the corner after having climbed on tables to sing ‘Deliah’ with Tom Jones belting out!  I remember working Saturday morning the day of Princess Diana’s funeral. We had some veneers to fit for a lady with a Honda Civic that she called ‘Wonda the Honda’. When I got to work it was like a ghost town, no one seemed to be working, I did feel guilty, but then I was always at work. I felt like I lived there sometimes, there was always someone wanting to be fitted in. I recall stopping mid-way through standing in the waiting room with the patient watching Elton John sing ‘Candle in the Wind’ on the big TV that opened like a curtain and swivelled around.

I also remember a patient from Leeds called Rowland arriving one afternoon with his wife Alison for treatment and saying there’s a plane and its flown into the Twin Towers in New York. I thought he was mad and then we switched the TV on and watched the footage of this plane and then later another. I recall Dr White saying, “Nothing will ever be the same again…”  Having spent such a long time based in the same place for so long it’s alarming to think how quickly time has passed. I remember lots of patients and their stories, like the lady who worked in an onion factory on nights to gather enough money together for a smile makeover. Basically, everyone wants straight white teeth. I still see lots of our smiles in Barnsley!  Still smiling!

This website uses cookies to improve your experience while you navigate through the website. Out of these, the cookies that are categorized as necessary are stored on your browser as they are essential for the working of basic functionalities of the website. We also use third-party cookies that help us analyze and understand how you use this website. These cookies will be stored in your browser only with your consent. You also have the option to opt-out of these cookies. But opting out of some of these cookies may affect your browsing experience.
Necessary Always Enabled

Any cookies that may not be particularly necessary for the website to function and is used specifically to collect user personal data via analytics, ads, other embedded contents are termed as non-necessary cookies. It is mandatory to procure user consent prior to running these cookies on your website.